In 1792 the lodge met at the Little White Swan, Upper Market Street, St. Peter's Mancroft, Norwich, Norfolk. The Lodge remained in Norwich until 1797 when the Lodge started to meet in the Warwickshire Regiment of Militia.

From 1797 to 1808 the Lodge moved across England and Ireland with the Regiment. In 1808 the lodge settled in Warwick, meeting at the Griffin Inn, Corn Market. The Lodge now meets at the Masonic Rooms, Alderson House, 23 High Street, Warwick.﻿

New Members have regularly been  joining Shakespeare Lodge No.284 over the last few years.

But we know we cannot afford to rest on our laurels.

We recognise the need to attract Joining Members from other Lodges and even more importantly for the futurecritically Initiates who are new to Masonry. 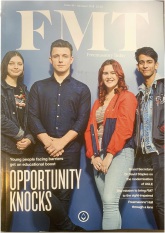